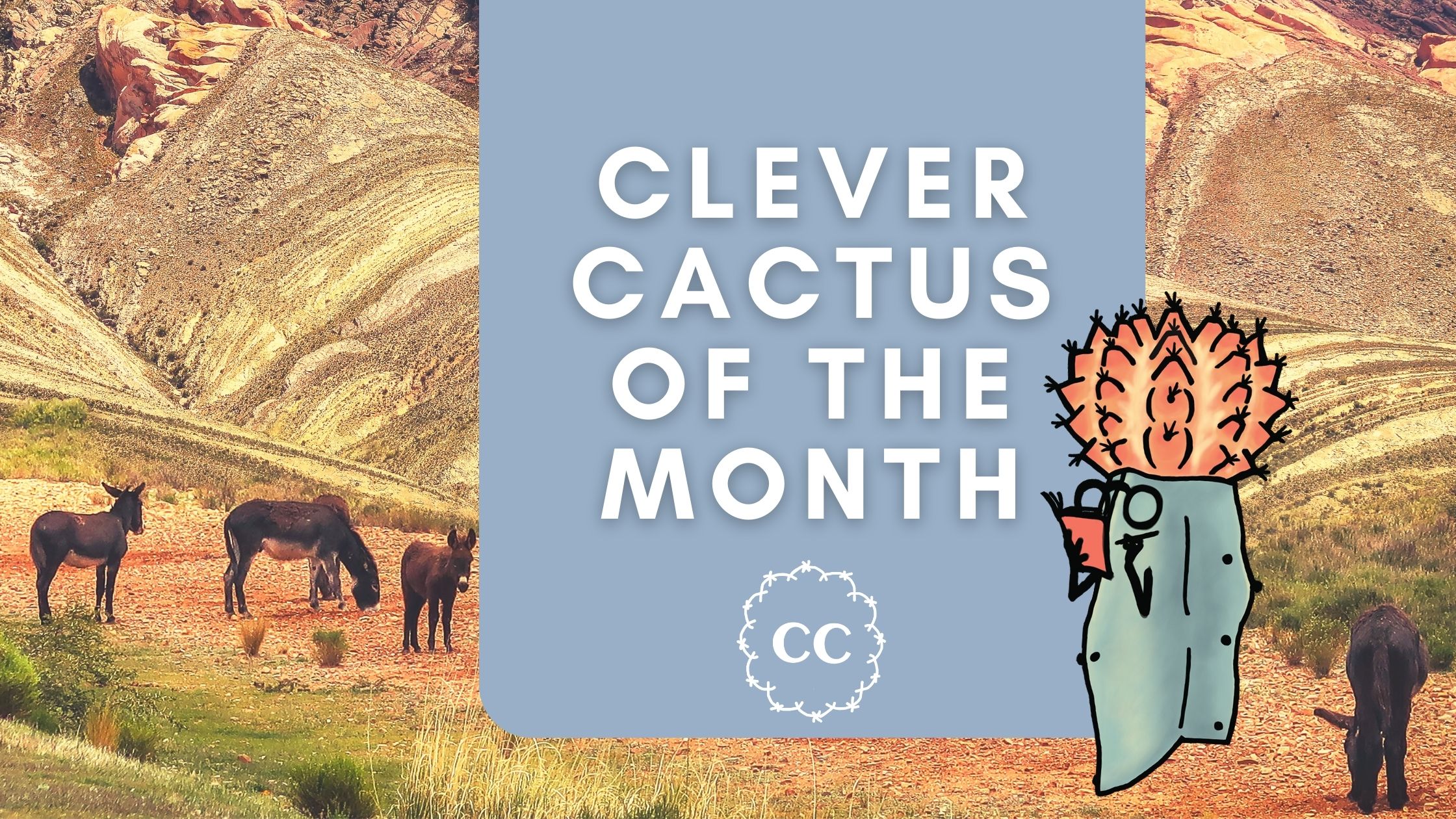 August is almost half over, which means summer’s end is right around the corner. We hope you’re taking full advantage of these last few weeks. Relaxing is key. We highly suggest you plan a relaxing day or three before the busy-ness that is back-to-school season and back-to-back holidays hits us. Here are a few ideas, if you need inspiration:

We’ve launch the Health Tracking series of downloadable pages!! The Daily and Weekly spreads are now available in the shop, with more pages planned in the coming weeks (or months). Once the complete set is ready, we’ll post a blog about how these all work together to help you live a healthier, happier life.

Other than that, it’s been a pretty slow month so far. So let’s just jump into the fun and informative Clever Cactus of the Month!

One big leap for moon cacti!

Did you know moon cacti are actually mutants?! They’re made by essentially Frankensteining two different cacti together. This practice dates back to 1940s Japan. Cactus hobbyists found a red mutant-Gymnocalycium mihanovaii, and tried crossbreeding it with other cacti to make one entirely red creation. The most successful combination – aka the cacti version of Frankenstein’s monster – was Gymnocalycium mihanovaii and Hylocereus.

This combination of plant parts is what lets the mutant Moon Cactus survive. The top colourful cactus lacks the ability to create chlorophyll, which makes it hard to produce necessary nutrients through photosynthesis (meaning it can’t snack on yummy sunlight and survive on its transformative goodies). This is what gives them their vibrant yellow, orange or red. Here’s where human design helped: the top cactus benefits from the chlorophyll being produced by its Hylocereus cactus host, ensuring both survive.

Living life to the fullest

Moon cacti may actually be mutants, but that doesn’t mean they can’t lead full, happy lives! Though a rare occurrence, moon cacti are known to grow bell- or funnel-shaped white, purple or pink flowers from its colourful, top bulb. You will see short stem formations begin to sprout before any blooms make themselves known.

The unfortunate reality for the moon cactus is, even with a successful graft, the two fused cacti grow at different rates. Due to this, it’s unlikely that the combination will survive more than a few years. The area where they are grafted can tear, putting the whole cacti in peril.

That said, it won’t be difficult to graft Gymnocalycium mihanovaii onto a new host, giving it a second life. Though, the grafting process should be done by experienced Dr. Frankensteins, as the procedure comes with its own varied risks.

The moon cactus acts a lot like a succulent. It likes to be watered deeply, then left alone for a while. Much like Frankenstein’s monster, moon cacti avoid brightness. While they don’t lurk in the shadows, they do favour indirect sunlight.

Moon cacti are slow growers and love a root-hugging planter. It can chill out in the same pot for years before needing to be repotted. When the time comes, spring is the best time to make the big move.

The planter should be made of unglazed clay: the porosity lets water and air to penetrate the sides of the pot free instead of being trapped inside. The planter should also have numerous drainage holes to avoid leaving the roots in an environment that exceeds its comfort level in humidity.

Before committing it to its new chambers, make sure the soil is completely dry. Shake the old soil away from the roots before planting it into its new environment and leave it dry for a week.