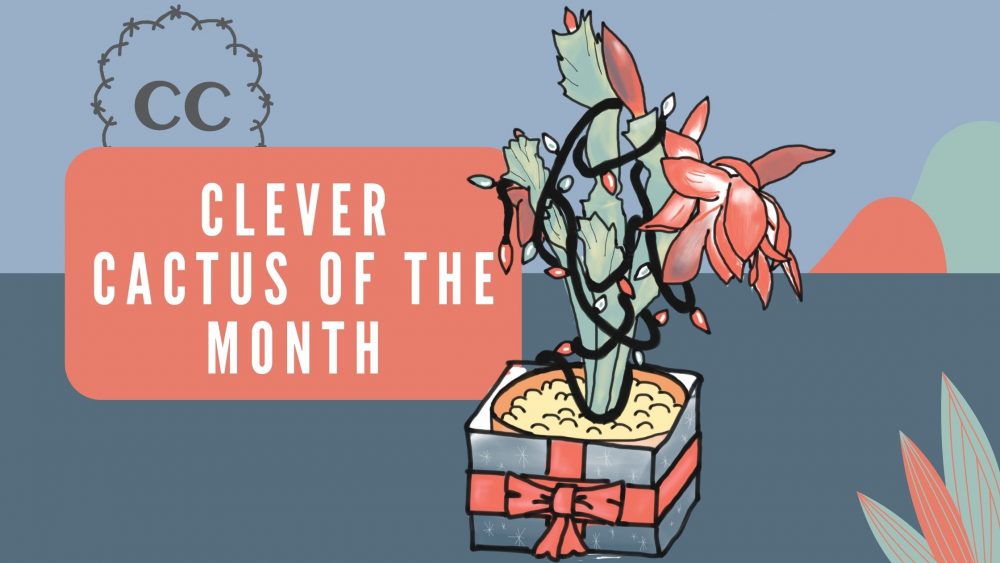 Fun fact: Christmas Cacti got their nickname from their penchant for blooming during the holidays.

Schlumbergera Orssichiana (from now on referred to as S.Ors), was first discovered in 1978, roughly 150 years after its siblings the S.Truncata and S.Russelliana had been known to the cacti world.

It is epiphytic, which means it attaches itself to trees and other plants in order to pull water and nutrients from the ground. It’s not parasitic though! It doesn’t kill its host, it just hitches a ride on their hydration train.

The epiphytic nature coupled with a virus-infected origin rootstock in Europe, made this beautiful orchid-like cactus very difficult to cultivate outside its native habitat. That’s why most of the S.Ors you’ll find outside of Brazil will most likely be hybrids. Luckily, the S.Ors genetics are strong and dominate nearly all its hybrids, so they’ll appear more like orssichiana than the other parent cactus. In fact, the only way to tell if it’s a hybrid rather than a pure S.Ors is to study a cross section of the flower.

(This article by Michael Combernoux explains how to tell the difference – and so much more – in better detail.)

Deck the halls with blooms so lovely

S.Ors, like it’s siblings in the Christmas Cactus genus, blooms once a year right around the holidays. S.Ors is the earliest bloomer of the genus – in the northern hemisphere at least, its flowers will appear at the end of August or as late as mid-September.

Like any other cactus you can picture in your head, the S.Ors doesn’t have any leaves. Instead, its flat stems are segmented into sections with a two-to-three teeth/notches pattern. Its stems are larger than its siblings’, the S.Russelliana and the S.Truncata, with each stem segment reaching 5cm long and 3cm wide. In fact, the unique pattern and size make the S.Ors an attractive plant all year long, even when it’s not blooming!

According to Wikipedia, S.Ors flower up to three times a year, but all the other sources we checked said they only flower once a year. This might depend on where it’s growing. Large, orchid-like flowers bloom at the end of the stems, opening wide and floating at a slight angle. Overall, the flowers are white and red – white at the center and red at the tips – giving them an overall pink look. S.Ors is zygomorphic, which means it is only symmetrical across one line. This makes them quite unique in appearance.

Rocking around, the Christmas Cactus

It’s not impossible to grow your own Christmas Cactus, though the other species are much easier to cultivate at home.

If you want an S.Ors (or rather, an S.Ors hybrid) of your very own, the tips to the right are a quick rundown of everything we’ve found online about growing a Christmas Cactus.

(This article by Good Housekeeping goes into much better detail.)

Place it where it will get some sunlight for only part of the day, and will stay shaded the rest of the day. It’s a jungle cactus that naturally grows in trees, so it needs bright indirect sun, or dappled light.

If you have a humid space, they will love you always.

Because they’re epiphytic plants, they prefer to drink rain water. When you do water them, use “soft” water that isn’t too hard or mineralized. Too much water and their fragile roots will rot.

This will make sure the water drains quickly without rotting the roots.

Especially when it’s blooming. Use a much weaker concentration of fertilizer than you would for your other plants.

As we’re writing this (December 18th) there are only five copies of our original print run left in our store. That’s beyond amazing! We’re thrilled so many people have purchased our first day planner – and we’re planning on getting more in stock right after the holidays! Thank you to everyone who ordered – we look forward to seeing the results of your planning in the new year!

Speaking of using the planner… We’re putting the final touches on our how to guides (read: we’re finally writing the blog posts). Those will be up on our site in the next few days (hopefully).

Other than that, it’s finally the big holiday week! We’ll be shutting down from December 24th through to January 2nd so that our clever cacti can celebrate. We hope everyone has a lovely holiday & an even better 2021. (Thank goodness it’s finally 2021!!)